Glière has long been a favorite composer of mine, and I would be happy if you judged his music in the proper spirit and not in the lazy manner usually employed by music journalists, e.g. that he was not as "original" as Prokofiev or as "biting" as Shostakovich, as if the merit of a composer's work was that they were distinct from other musicians by being simultaneously indistinct from them! Prokofiev and Shostakovich had their own purposes in music, hence their style, and Gliere had his own, and the expressive purposes found in each composer's style may find sympathetic resonance in the different listeners, or even the same listener on different occasions. I would be very interested in the development of this "occasional" critique of music, as an expression of the experience of the music as part of the listener's development. This would be distinct from the constant reiteration of tired and contradictory scales of greatness, ostensibly permanent and based upon a supposedly objective and linear development in the history of music (as Whitehead pointed out, one can be provincial in time as well as place). There are times when Glière far outsings either Shostakovich or Beethoven in resonant sympathy with my imagination and passions. And there are times he does not, and other voices and ideas are sought out. But I continue to come back again and again, and find again not only what delighted me before but novel sensations previously undiscovered. Because of the regularity and intensity of these experiences, I think it appropriate to give Gliere the defining characteristic of "a favorite composer," and he shall have it until something of greater power disolves the habitual pattern. This particular piece of Glière's I often return to, and find in it beauties that stir my imagination and passions far more potent than what the often its applied phrase "Soviet hack-work" is supposed to exhaust for its potential for listening experience. The bi-national country it celebrates may have been a very cruel joke (there were few other than that at the time) in the name of autonomous governance, but the swaggering march that concludes the piece (7:40) seems to me to be for a country yet born, and one that through my work in philosophy I am marching for, all the while humming that tune. 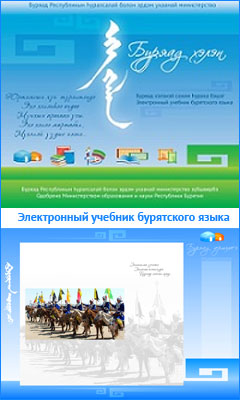