(translation) Medvedev visits Buddhist temple Ivolginsky Datsan in Buryat Republic The main temple of the Buddhists is not in Moscow, but in the steppes of Transbaikalia. In Datsan comes huge number of pilgrims. Now in Russia there are more than a million followers of this religion. The official recognition of Buddhism was under Empress Elizabeth, and this is the first visit by the head of Russia. For 268 years the head of state for the second time coming to the main Buddhist Datsan. Dmitry Medvedev, has long been invited by the spiritual leader of Buddhists Damba Ayusheyev. In the courtyard of Dmitry Medvedev met all solemnly Lama Monastery, a sign of respect they held in the hands of silk scarves and banners of victory. Monastic orchestra welcomed the president sounds of bugles and musical instruments made of sea shells. Inside the main temple Khamba Lama told the President about the circle of samsara, the cycle of rebirth, and six realms in which, as the Buddhists believe, live the souls of men. Showed Khamba Lama and one of the Buddhist deities - White Tara. It helps to prolong life and, according to Lamas, is embodied in the head Russia's state. Without journalists Dmitry Medvedev visited the temple, which houses the main shrine Russia's Buddhists - the incorruptible body of the twelfth Khamba Lama, who is here assumed, is not dead, and went into nirvana. After a meeting with Buddhist priests, the president again expressed his support for teaching the basics of religious culture in schools. Dmitry Medvedev, the president of Russia: «Not so long ago, I supported a number of ideas that have been made by our heads of the traditional denominations, the inclusion into Russia's educational standards for teaching the basics of religious culture, as well as the secular foundations of ethics for those who are not willing to listen to the issues of religious culture. I also supported the proposal for the introduction of military posts and naval priests. The state and representatives of different faiths have a common goal. It is best to try to gently influence the education of young people, the younger generation. And, of course, the philosophical questions, questions of personality rights affect to the same extent and on public institutions, and social, and religious ». In response, the Khamba Lama spoke of strengthening inter-religious dialogue and the fact that the Buddhists of Russia will faithfully serve the interests of our state. Pandito Khamba Lama Damba Ayusheyev, head of Buddhist traditional sangha in Russia: «Buddhists should assist the country in which we live, his beloved country. And at the same time should help his faith, that is not to create problems, serve faithfully. No claim for themselves the special conditions do not require anything in return from the leadership of the country ». From the monastery in a helicopter Dmitry Medvedev went to an aircraft factory in Ulan-Ude, where, as it turned out, the helicopter once and collected. The factory, founded in the 39 th year, this year has met on the rise. It produces not only the Mi-8 helicopters and Mi-171, and ground attack aircraft Su-25. 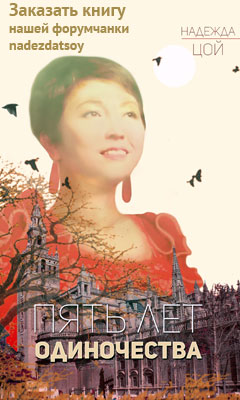